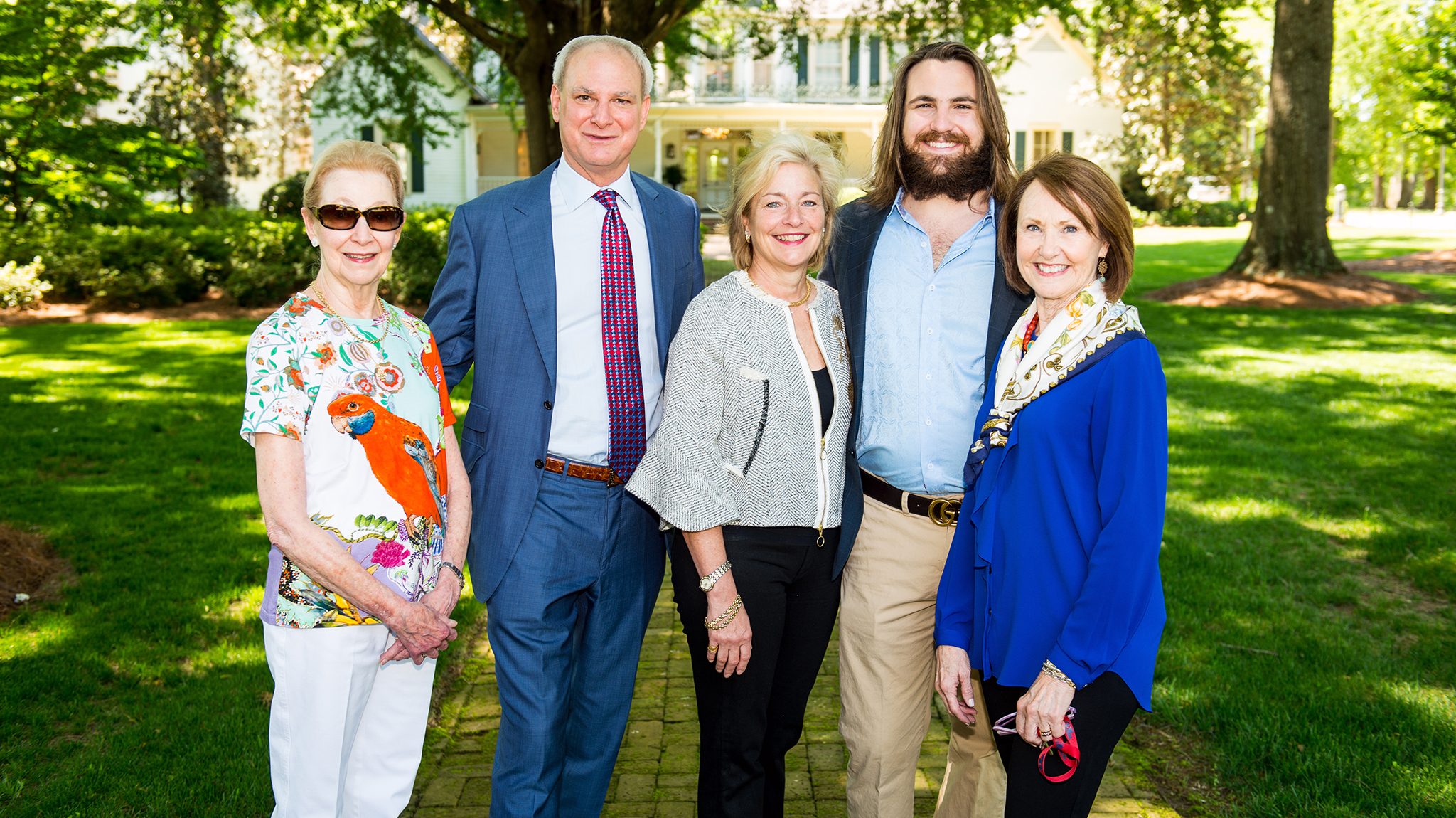 OXFORD, Miss. – University of Mississippi student Colin Rusovich was studying abroad in the Middle Eastern country of Jordan when he embarked on a shopping excursion for a desk, negotiated the purchase and even caught a ride on the back of an old truck delivering his furniture.

A world away from his roots in New Orleans, Rusovich felt completely at ease studying and living in Jordan, thanks in part to the Arabic Language Program in the UM Department of Modern Languages. In fact, he said, “Step by step, I plan to continue exploring new cultures and places in the Middle East.”

To celebrate their son’s career preparation and personal development that took place at the university, parents Suzanne and Greg Rusovich committed $50,000 to create the Rusovich Family Arabic Fund, providing programmatic and study-abroad resources to the Arabic program, which has applied for Flagship status.

In fact, the family’s gift was noted in the university’s application to the U.S. State Department to reflect the support the program enjoys. The university is already home to a Chinese Language Flagship Program.

“This generous gift is meaningful to family members because of Greg’s profession and because of the fire that was sparked in Colin; they are giving to a program that clearly connects the Arabic language and their work in the Middle East,” said Linda Spargo, special projects coordinator on UM Chancellor Jeffrey Vitter’s staff.

Spargo worked closely with Colin Rusovich and his parents and became familiar with Greg Rusovich’s career as CEO of Transoceanic Development LLC, known for its delivery of vital cargo worldwide for humanitarian relief, defense and peacekeeping missions, and reconstruction projects.

“Colin has a true love for the Arabic culture and language, and he has been focused on becoming fluent in Arabic, along with familiarity with Russian,” she said. “The Rusovich gift provided a giant leap forward in the university’s efforts to gain a flagship program in Arabic.”

Arabic is a difficult language, used in more than 20 countries. With intensified American military and political focus on the Middle East, the U.S. State Department has named Arabic a “critical language.” There is a high demand for Arabic-speaking professionals in government, the private sector and nonprofit organizations.

“The Department of Modern Languages and, more specifically, the Arabic faculty, are grateful to the Rusovich family for their generous support of the Intensive Arabic Program,” he said. “Thanks to them, we will be able to recruit the very best students into the program, and, in turn, these students will leave the University of Mississippi speaking superior-level Arabic.

“Speaking Arabic opens many doors after graduation in education, government and international business. Through our graduates, the University of Mississippi can play a role in promoting peace in these other countries. We are so very proud of our Arabic faculty and students.”

The fact that Ole Miss sends students to Jordan for language immersion impressed Colin Rusovich, who is majoring in Arabic and minoring in Russian, after beginning Arabic classes at Tulane University as a high school student.

“Not a lot of schools send their students there,” he observed. “It is fascinating; people don’t understand what a gem Jordan is. The climate toward Americans is positive. It was a beautiful experience, and I particularly enjoyed the mountainous areas where the families were not integrated into city life.”

Greg Rusovich said his son has many options available, from pursuing policy work in Washington, D.C., to enrolling in graduate school or working for Transoceanic Development.

“It’s relatively unique to have an American in the Middle East who speaks Arabic, and the key to building relationships there is a knowledge of the language paired with understanding cultural nuances,” he said. “Colin has both of those, and he possesses great people skills.”

Greg Rusovich said he and his family were inspired to provide resources to the Arabic program because of the growth and success his son experienced.

“He went to college and came back a different person. My son will make a difference in the world. We are supportive of Ole Miss and always will be.”

Suzanne Rusovich echoed the sentiment, saying, “We have enormous gratitude for Ole Miss, and it’s important to us to help other students who will come through this program; we want to help empower the program to be the best it can be.

“Ole Miss provides an unbelievable network of support in students’ journeys. The faculty and staff steer them straight; sometimes it’s lifesaving and remarkable. And it’s done so brilliantly and kindly. This university really is a family.”

Spargo said she is eager to see what the future holds for Colin Rusovich.

“Colin is heading into the world full of enthusiasm, confidence and networking,” she said. “He can solve problems, and he is very motivated to get involved with the people and culture of the Middle East.

“I look forward to seeing him succeed professionally and using the Arabic language in his endeavors.”

For more information on supporting the Arabic Language Program, contact Denson Hollis, executive director of development, at dhollis@olemiss.edu or 662-915-5092. Gifts can be made online at http://www.umfoundation.com/makeagift.