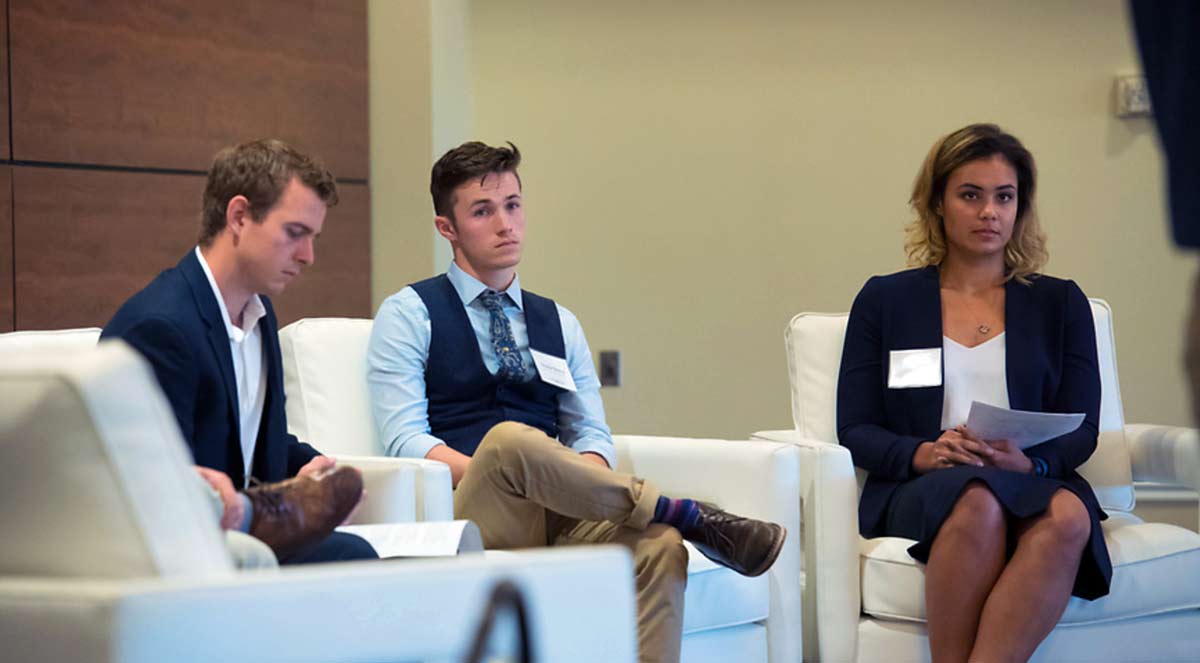 Business leaders and political figures came together on Wednesday to discuss ways for Mississippi to move from the bottom to the top by embracing technology at the University of Mississippi’s third annual Technology Summit.

Chancellor Jeffrey Vitter delivered the welcome address by emphasizing the need for technological research at the university.
“As chancellor, I’m committed to preparing University of Mississippi students for a tech-driven future,” Vitter said. “As a Carnegie-designated R1 research institution, we’re equipped with outstanding capabilities to pursue that goal, and our research enterprise keeps growing.”

Ole Miss alumnus and U.S. Sen. Roger Wicker, who is currently running for re-election, was the event’s guest of honor. Wicker serves as chairman of the Senate Commerce Subcommittee of Communications, Technology, Innovation and the Internet.

He moved on to the topic of connectivity and healthcare in Mississippi, which is largely made up of small towns and rural communities. He said the UM Medical Center is ahead of the national curve in some respects and leads the nation in connectivity.

“We’ve got a state with dramatic health needs that call for connectivity, and we have a state and a university that is answering that call,” Wicker said.

Wicker ended his address with a call to action for the audience, saying, “Given all that is happening, the question for us today is: What can and what should this state and this university do to be at the forefront of technology information?”

Keynote speaker Rob Carter, chief information officer at FedEx, set the tone for the day with a speech titled “Seeking the Edge — How to Sustain a Culture of Innovation” about the impact of the connected world, told through FedEx’s own story of technological innovation.

Carter highlighted FedEx’s development after the company’s founder, Fred Smith, declared in 1978, “The information about the package is as important as the package itself.”

“He was seeing a future that allowed (for) the emergence of technology that could begin to change the modern supply chain from its historical basis of being a black hole into which things moved and eventually popped out the other end to being a system of critical visibility that changed the very nature of supply chains and inventory,” Carter said.